A quick hit of the news after the first round of ballots dropped. See current results and all of our coverage at our elections page.

Nearly $1 million has been raised by candidates in that race, in direct donations and through the city's democracy vouchers program.

Sawant has raised the most by far of any City Council candidate. She said she'll need it to fend off business-backed spending aimed at defeating her.

Thousands of dollars have come in from outside spending targeting Sawant.

Sawant supporter Nikkita Oliver says she actually takes some consolation from that outside spending.

She says it signals that progressive policies for more equitable development in Seattle are having an impact.

“Otherwise they wouldn’t be investing so much money in trying to get rid of one person. So while it bothers me, it also encourages me that our movements are starting to drive things forward," Oliver said. 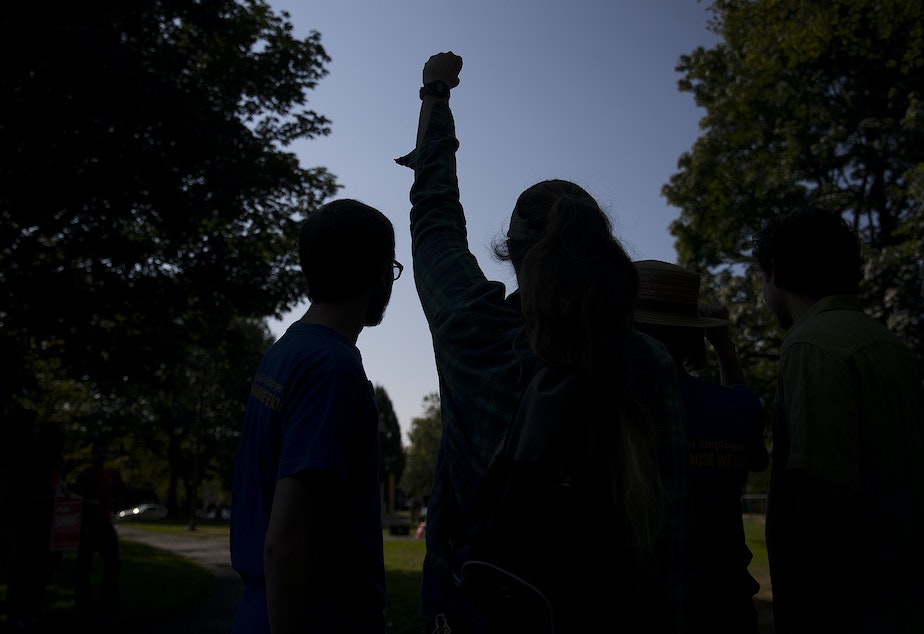 Voters seem to be progressing candidates with pretty different ideas about the way Seattle should run. On one side you've got progressive, very left-leaning candidates going through - including two socialists. And on the other side in these races you've got candidates who are being backed by the Seattle Chamber of Commerce. KUOW Reporter Kate Walters
Credit: KUOW Photo/Megan Farmer

He's leading the most crowded council race: 13 candidates in all.

Heidi Wills said she's feeling pretty good about second place. Wills is trying to rejoin the City Council after losing a re-election bid in 2003. She lost that race after a campaign finance scandal.

Two-thirds of voters are approving the levy that would raise $810 million over six years. It would cost the owner of a median-valued home $91 a year.

The levy is to pay to replace 14 ball fields, maintain trails and public parks, and more. 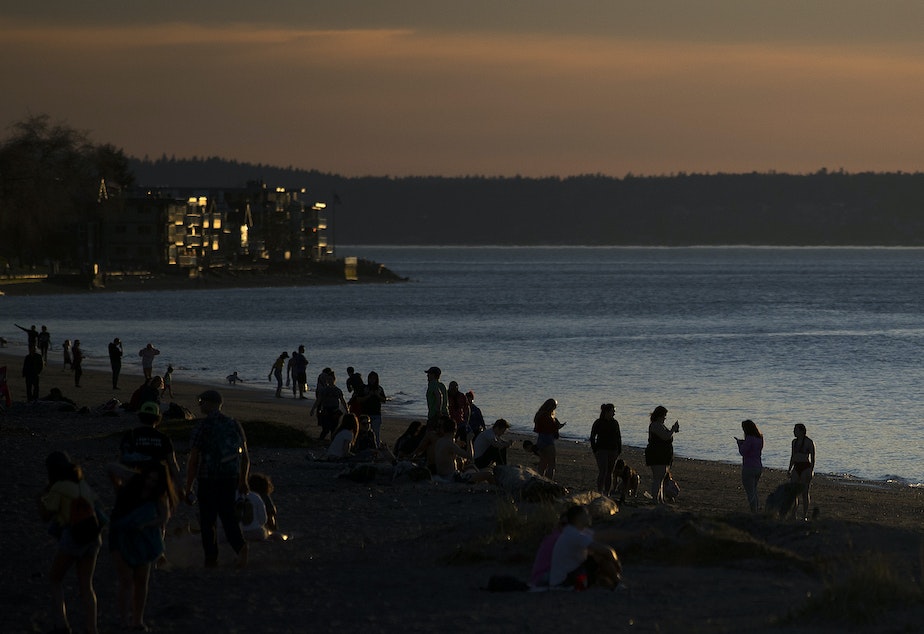 I voted yes. I think it's important to have the parks. I mean we live in Seattle, we live in the Pacific Northwest. We should have an abundance of parks. Ann, District 4 voter
Credit: KUOW Photo/Megan Farmer

Independent Fred Felleman currently has 70% of the vote. Last time around in 2016 he held off eight other candidates. This year it was a three-way race.

Felleman said the Port is the most important organization no one's heard of: "It's not just building docks or expanding airplanes," he said. "It's really to create opportunities." 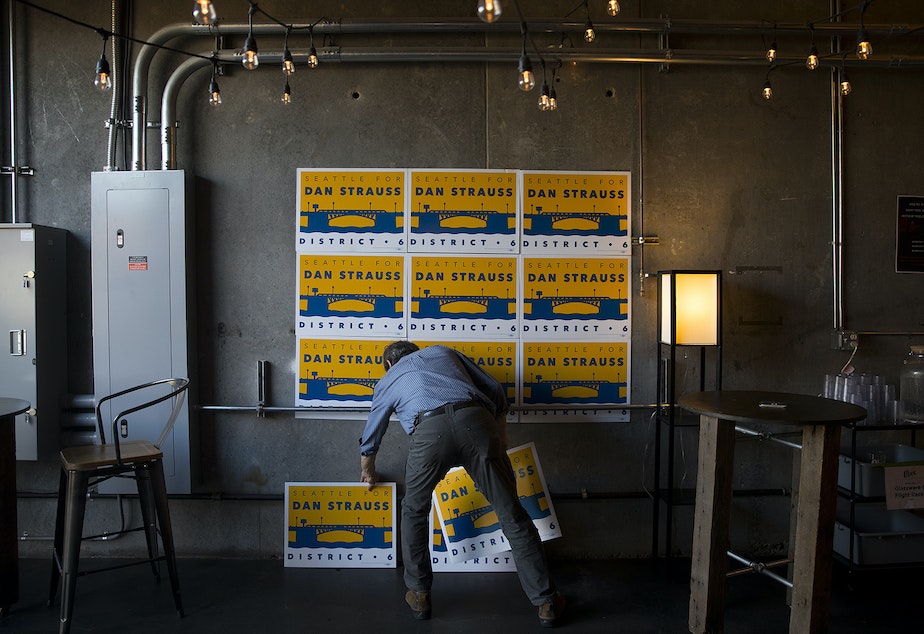 We've still got more ballots coming in and they'll be counted in the coming days so stay tuned, people, it's not all done yet. KUOW Reporter Kate Walters
Credit: KUOW Photo/Megan Farmer

Produced for the web by Kara McDermott.