Recovering from a terrible hate crime

Last year, 26-year-old DaShawn Horne, was beaten within an inch of his life with a baseball bat by the brother of a woman Horne spent the night with. 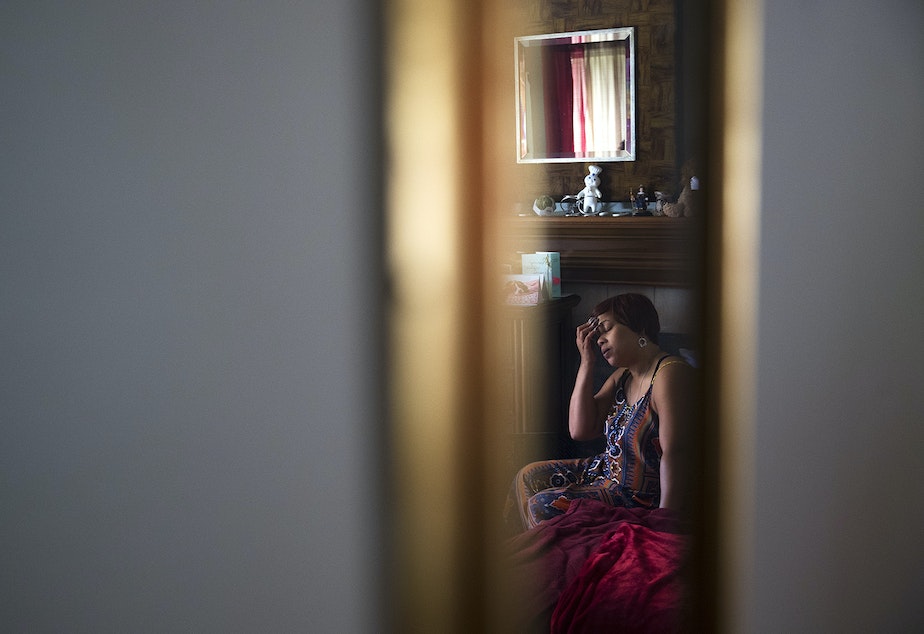 “I cried every day, every night, screaming why. I would go to my car and vent and scream and cry and pray and praise god and cry all over again.” LaDonna Horne
Credit: KUOW Photo/Megan Farmer

Be one of the helpers

Washington state's bloody supply is at an emergency level because scheduled donors couldn't make their appointments due to the recent snow storms.

Also cancelled because of the snow: February's Stop the Bleed training hosted at Harborview. There's more coming up, though.

Seattle one of the richest places in U.S.

Remember when we were all just descended from timber folks?

We're ranked 10th highest of 100 metro areas in the country.

h/t to The Seattle Times.

The number of confirmed cases in Washington has now hit 61, as of Tuesday. Of those, 54 were not immunized (according to the CDC, two doses of the MMR vaccine are 97 percent effective against measles).

Most of the Clark County cases were children between the ages of one and 10.

Meanwhile, a bill is working its way through the Washington state Legislature that would remove a parent’s ability to claim a personal or philosophical exemption for children to forgo the measles vaccine. It was approved by a House committee last week. 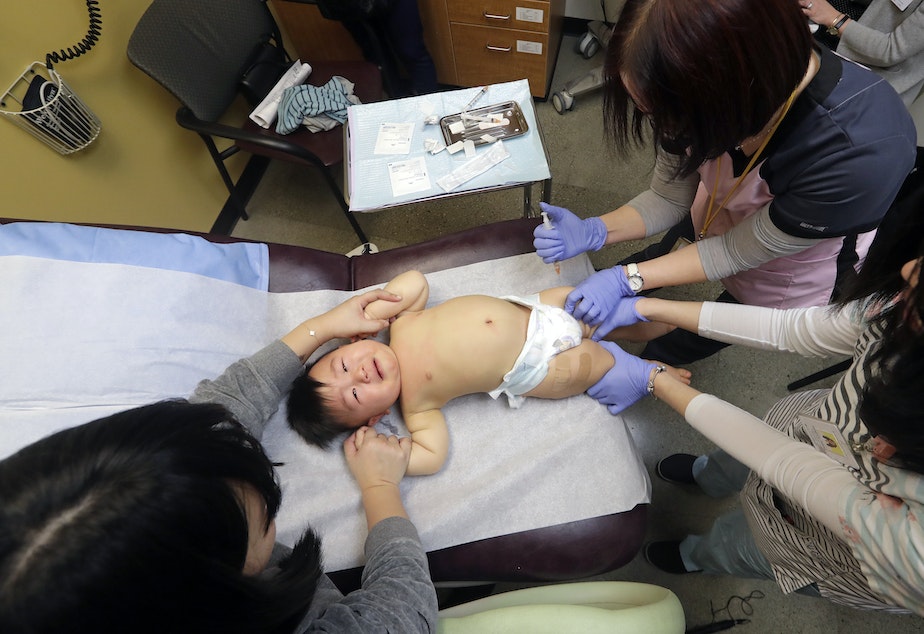 "It’s so hard for people to find out what is the right information, what is the truth." Medical assistant Tatyana Voloshko
Credit: AP Photo/Elaine Thompson

In her State of the City address yesterday, Seattle Mayor Jenny Durkan said said she would send legislation to the City Council to make all new buildings have electrical car charging stations.

Even new homes with a single parking space would have to get a charging station under the proposal.

According to the state department of licensing, there were 7,800 plug-in vehicles in all of Washington state in March 2018.

Durkan says this is part of her strategy to fight climate change.

City Council keeping an eye on Amazon's (lack of) hiring

Seattle officials have scrutinized Amazon for hiring large numbers of independent contractors, instead of hiring them as employees. They don't receive the benefits, or pay levels, guaranteed to full time employees.

Seattle's City Council has passed a resolution to track the use of independent contractors. The city will investigate how many workers are misclassified as contractors at area companies and review them twice a year.