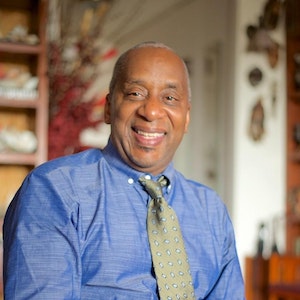 Ask Steven Williams to sum up his four-decade career in broadcasting and he’ll say, “I’m a custodian of a philosophy that leads to a life of curiosity, a life dedicated to hearing and seeing the world.” Williams has spent much of his life working inside radio stations from his hometown Cincinnati to Detroit, Washington DC, Philadelphia, Denver, San Francisco and most recently New York City, where he’s held positions at the United Nations, CBS, Tribune Broadcasting, Sirius Satellite Radio and public radio station WBGO, where he served as Director of Programming before assuming this new role at KUOW. This is Williams’ second tour of duty with KUOW; he previously provided assistance as producer for KUOW Jazz.