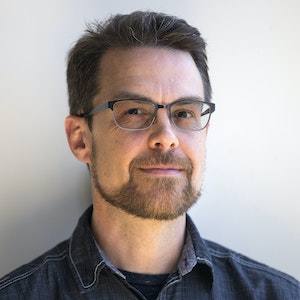 Joshua’s “Growing Pains” beat sits at the nexus of housing, transportation, urban planning, and the economy. He’s done deep reporting on Amazon and the housing shortage in our region. He interviews people who've found affordable places to live by tolerating long commutes, flooding rivers, or other hazards. He asks people what they want from work and how that's changing. He explores neighborhood "main streets" where residents and businesses come together to form community.

Public radio is a second career for Joshua, after he spent ten years in the field of architecture. He holds a bachelor's degree in Architecture from the University of Washington. He has held many unusual jobs in his life, from fishing to building houses to running the kitchen at a bed and breakfast. He’s also an avid gardener who co-wrote a book on urban gardening during the Great Recession.