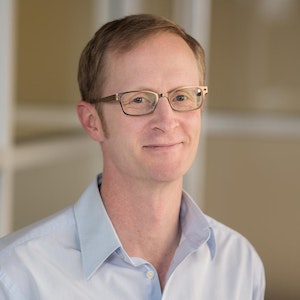 John Ryan joined KUOW as its first full-time investigative reporter in 2009 and took on the environment beat in 2018. He focuses on climate change, energy, and the ecosystems of the Puget Sound region. He has also investigated toxic air pollution, landslides, failed cleanups, and money in politics for KUOW.

Over a quarter century as an environmental journalist, John has covered everything from Arctic drilling to Indonesian reef bombing. He has been a reporter at NPR stations in southeast and southwest Alaska (KTOO-Juneau and KUCB-Unalaska) and at the Seattle Daily Journal of Commerce. John’s stories have won multiple national awards for KUOW, including the Society of Professional Journalists' Sigma Delta Chi awards for Public Service in Radio Journalism and for Investigative Reporting, national Edward R. Murrow and PMJA/PRNDI awards for coverage of breaking news, and a Society of Environmental Journalists award for in-depth reporting.

He is a shop steward for KUOW’s SAG-AFTRA newsroom union and believes democracy only works when journalism holds the powerful accountable for their words and actions.

John welcomes tips, documents and feedback from listeners. Reach him at jryan@kuow.org or for secure, encrypted communication, he's at heyjohnryan@protonmail.com or 1-401-405-1206 on the Signal messaging app.