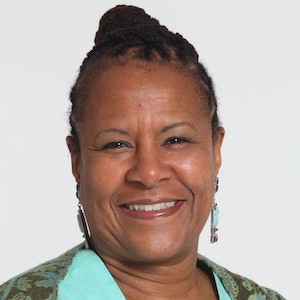 Her first major project upon her arrival in January 2014, was to lead development of a five-year Strategic Business Plan. The plan’s goal is to enhance KUOW’s relevance and resonance with audiences on multiple platforms through high quality fact based, innovative journalism that engages community voices to provide sound stories.

To date in her tenure, the station has re-imagined its editorial strategy, restructured its content-making units, launched a complete rebuild of its digital assets, and launched a new brand identity. Under her leadership KUOW’s broadcast audience has increased by 11 percent and the use of digital platforms is up by 41 percent. Revenue generation has grown by 15 percent during Ms. Mathes’ tenure to date.

Mathes served as the general manager for WAMU 88.5 in Washington, D.C., 2005-2013. She was selected for the Corporation for Public Broadcasting’s inaugural class of Leadership for Philanthropy, allowing her to remake WAMU’s major individual gift and planned giving programs. She oversaw the launch of additional terrestrial radio services utilizing HD radio technology and a new national syndication Animal House, in addition to WAMU’s long-standing syndication of The Diane Rehm Show. She fostered the growth of WAMU 88.5 into a multiplatform multimedia organization, overseeing an expansion of the award-winning local news team which included the addition of digital media journalists.

Prior to WAMU, Mathes served as general manager of WDET in Detroit for 21 years and as news director for two years. During her tenure there, she built an award-winning local news department; helped the station build a strong identity in the competitive Detroit market; instilled financial stability, including increasing external support by more than 500 percent; built a new transmission facility and new studios; and ushered in a web presence for WDET that included real-time gift processing.

Mathes embarked on an electronic media career very early, working her way up to a weeknight television co-anchor position at CBS affiliate WTHI-TV Channel 10 in Terre Haute, Indiana, at the age of 19. She held two other commercial radio reporter/anchor positions, at WCKY-AM 1530 in Cincinnati, Ohio, and WJR-AM 760 in Detroit before making the switch to noncommercial radio in 1982.

Mathes is a member of a number of boards and organizations. She was elected twice to the national board of NPR and also serves on the board of the University Station Alliance and the Northwest Public Affairs Network which is the parent organization to the three-state regional news collaboration, the Northwest News Network.

In 2016, Mathes received the Puget Sound Business Journal Women of Influence Award. In 2013 she was named one of the Women Who Mean Business by the Washington (D.C.) Business Journal. Additionally, she received a Women of Distinction Award from the National Conference for College Women Student Leaders in 2007, presented annually to pay tribute to women leaders who have made extraordinary accomplishments in their professions or their communities. In 2010, she was named "One to Watch" by Radio Ink's annual "Most Influential African-Americans in Radio" list. Mathes was a 1989 American Women in Radio and Television “Outstanding Woman in Radio Top Management” awardee, and in 1987 was awarded the Pioneer Award for outstanding service as a radio professional by the Michigan Corporation for Public Broadcasting.