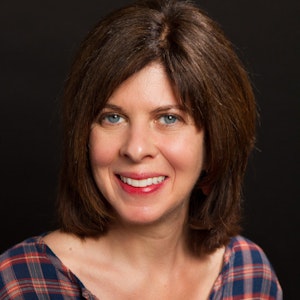 Amanda Wilde is a seasoned announcer who has been heard regularly on Seattle airwaves for over two decades. Amanda originally came to KUOW to host and produce Seattle radio's longest-running program, The Swing Years and Beyond, presenting American popular music from the 1920s through the 1950s.

Meanwhile she produced documentaries, in–depth historical interviews and interviews with artists and cultural figures. She created a series, Sounds Familiar, focusing on the little–known history behind the icons of popular music.

In 2017, after 14 years of hosting and producing The Swing Years, Amanda requested a change. She is now a full-time announcer and weekend midday host on KUOW.

Amanda's keen interest in working with sound and showcasing musical connections led her to public radio. A key figure in the development of Seattle music station KEXP, she hosted their afternoon drive for 12 years. Thus Amanda came to KUOW in 2003, already well–known to listeners around the world for her eclectic knowledge of music and her in–depth interviews. Her unique perspective draws on a combination of geographical and personal influences with the happy result of reaching a steadily increasing global audience.

Amanda continues her studies in musicology and presents innovative lectures and classes on that subject around the state. A featured DJ in "The Rough Guide to Internet Radio," Amanda has been showcased in The Seattle Times, MSNBC, and "Best Places Seattle." In 2007, she was recognized for her interview work with a national award from Public Radio News Directors Incorporated. In 2014, Seattle Women In Jazz presented Amanda with the first annual "Amanda Wilde Inspire Award" for outstanding contributions to the jazz community.