A garment unveils an identity

A chador garment worn by some Muslim women is usually black. Not Anida Yoeu Ali's. Her chador is red and sparkly.

As a performance artist, Anida created the glittery chador to embody her Muslim identity and confront Islamophobia. The Red Chador invited reactions of curiosity, spectacle, fear, respect, anger and gratitude from strangers on the streets of Paris, Seattle, DC, and Palestine.

In this episode, we explore Anida’s identity inside and outside The Red Chador, the public’s response, and what she did after this garment mysteriously disappeared during her travels in Tel Aviv.

A eulogy for The Red Chador

A performance of the rainbow of chadors

The Blue Suit is produced by KUOW in Seattle. Our host, writer, and creator is Shin Yu Pai. Whitney Henry-Lester produced this episode. Jim Gates is our editor. Tomo Nakayama wrote our theme music. Additional music in this episode by coldbrew. 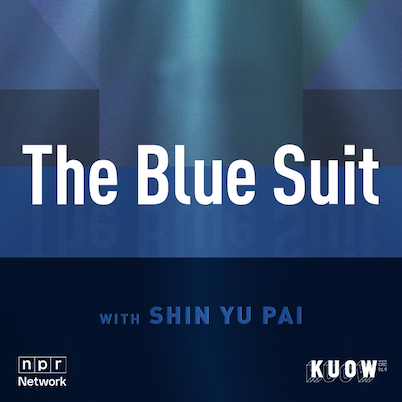