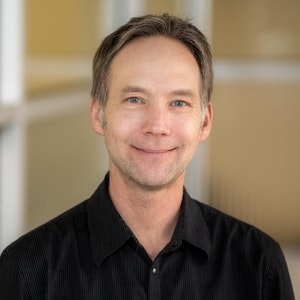 As Senior Editor Jim heads up the development of podcasts for KUOW’s AudioShop and helps guide reporters and producers through their stories. He helped develop KUOW’s daily news podcast Seattle Now and currently oversees THE WILD with Chris Morgan. Other podcasts he oversaw and edited include Second Wave, Battle Tactics for Your Sexist Workplace and How to Be a Girl which was nominated for a Peabody Award. Jim developed KUOW’s popular community story telling project Local Wonder where listeners ask questions about their community and then vote on the stories that they want KUOW reporters to cover.

Jim helped to oversee and develop one of public radio’s first investigative reporting units at KUOW with the mission to provide in-depth coverage of issues that affect Washington and the Puget Sound Region. Jim was the fill-in news director and led the breaking news coverage on several major stories.

Prior to coming to KUOW, Jim worked as an editor on such national shows as NPR’s Day to Day and Marketplace. Jim helped develop and launch the weekly magazine show Weekend America where he directed the live broadcast and edited feature stories. He started his public radio career as a volunteer at NPR member station KPCC in Los Angeles. Jim kept showing up at the station and eventually they actually started paying him. Jim moved to national programming when he joined the staff of The Savvy Traveler in 2000 as producer of the interview and listener segments.

Jim’s career in story telling began when he was a television writer on several sitcoms (a skill that is oddly applicable to public radio). He was on the writing team of The Discovery Channel’s first fiction show Animal Rescue Kids which won two Genesis Awards from the Human Society of the United States.

To see more of Jim's past KUOW work, visit our archive site.