This is the second story in Broken Promises, an investigative series about Impact Public Schools, the largest charter school chain in Washington state.

Art Wheeler’s daughter and son were thriving in the fall of their second year at Impact Puget Sound Elementary, a charter school in Tukwila, Washington. Their grades were high, Wheeler said, and they got glowing reports from their teachers.

“Your kids are standouts,” he recalled teachers saying. “They’re a pleasure to have in class.”

But two months into the school year, in November 2019, Wheeler said letters arrived from Impact saying his children were failing, and may have to repeat the year — the year that had just begun. Wheeler was confused. “They messed up,” he thought. “This is for somebody else’s kids.”

The holdback letters were, in fact, for Wheeler's children. Others in their first- and second-grade classes had gotten them, too, teachers told him the next day, based on a single test, rather than students’ overall abilities. The teachers looked stricken, he said. One cried.

Three teachers told KUOW that they've had up to one-third of their students on the "promotion in doubt" list.

Impact said that its grade-retention practice is meant to ensure students master the material. Parents make the ultimate decision about whether to hold a child back, they said, and ultimately, only nine returning students — fewer than 3% — “chose to repeat a grade” in 2021.

But Baionne Coleman, a former Impact administrator, said its policy of sending grade-holdback letters was connected to funding.

Coleman said that Jen Davis Wickens, the co-founder and CEO of Impact, had been adamant that low-scoring students repeat the year.

“This is going to affect our third-grade scores,” Wickens said, according to Coleman.

Third grade is when students first take the state standardized reading and math tests. The state — and funders — use those test scores to determine whether a charter school has met its performance goals.

The tests are high-stakes: In 2021, Impact received a $10.1 million property loan from Equitable Facilities Fund, an organization focused on lending to charter schools. Loan documents include a covenant that students at Impact’s Tukwila school must outperform students in the surrounding school districts on the state math and reading tests.

Wickens declined multiple interview requests for this story and agreed to answer questions only via email through a spokesperson.

“Senior leaders at Impact have never encouraged families to have their child repeat a grade to improve the school ranking. Any claims to the contrary are false,” said Impact spokesperson Rowena Yow.

Impact’s 82-page student handbook explains how the determinations are made.

"If a student's promotion is in doubt based on formative assessments, the school, through the principal, will issue a promotion-in-doubt letter to the student and parents," the handbook states. A meeting will be held with the family, the handbook says, and "a plan will be created to address the issues raised in the letter."

The parents KUOW spoke with said they never received such a plan.

rt Wheeler is one of one of 50 parents and staff KUOW spoke with over the past six months who said Impact, the state’s largest charter school chain, shortchanges children. Among several of the parents’ concerns: That Impact was attempting to hold students back so the schools would look good — not because it benefits students.

Staff said many students unenrolled after receiving a holdback letter. After grade hold-back letters went out in November 2019, two dozen students unenrolled in the next couple months, state records show. In those records, Impact summarized nine students' reasons for leaving: “Family does not agree with school’s policies and practices.”

It’s unclear whether those November letters were meant as a warning, or a final recommendation. In other years, holdback notices were first given in April.

Some states, like Florida, require kids to repeat third grade if they don’t score high enough on standardized tests. (English learners and special education students can get exemptions.) But repeating a school year — or “grade retention” — is uncommon in Washington school districts.

Decades of research show that holding kids back a year can produce short-term academic gains, but long-term problems, including low self-esteem and a dramatically increased risk of high-school dropout.

The Washington State Charter School Commission formally approved of Impact holding students back. The commission accepted Impact’s plan in its charter contract to hold back students who didn’t master 80% of grade-level standards in reading, writing and math. Fifth-grade graduation would also depend on a student meeting “individually determined academic goals.”

Holding children back, even for the students’ benefit, has ardent critics.

In a position statement against grade retention, the National Association of School Psychologists said research demonstrates that “grade retention is a costly intervention with questionable benefits to students because, for students who attended school regularly, having them repeat the same grade with the same instruction will yield no improvement for the student.”

For former Impact administrator Baionne Coleman, whose children currently attend its Tukwila school, it was personal.

“These are people's kids, my nieces and nephews, people in my community, like, we cannot do that,” she recalled telling CEO Jen Davis Wickens in 2018.

As an educator, Coleman objected to the practice, and pointed to research that shows that holding kids back is traumatic for them.

“When a student is not yet meeting age-appropriate achievement levels in math and reading, we notify families and together develop a support plan,” Yow said by email. “If a child is still not making progress by late spring, we typically recommend for the student to repeat the grade.”

Of the seven parents who spoke with KUOW about their kids being potentially held back, none said they had been aware of Impact’s grade-retention policy. Parents and staff told KUOW that there was minimal extra support, if any, given to students after they were warned about grade retention.

Yow denied that Impact recommends children repeat a grade based on a single test.

But staff members said one test was all it took to get a “holdover letter.” In an internal email from November 2019 obtained by KUOW, Impact’s chief academic officer spelled it out:

Impact, Yow said, has “never recommended more than nine students in the entire school in a given year for non-promotion.”

State records show that nine is the largest number of students who’ve repeated a grade at any of Impact’s schools. But that does not reflect how many students were advised to stay back. Some parents said they ignored the recommendations and let their kids move up to the next grade. Others pulled their children from Impact and enrolled them elsewhere.

Teachers at Impact schools said they are coached on how to discuss the holdback recommendations with parents — and students.

In 2019, Abby Cedano sent an upbeat script for parents to use with their children, after they had agreed to hold them back:

"This year we have decided that you are going to get a 2nd year in 1st grade,” Cedano wrote. “This is actually really exciting because this year, 1st grade was really tough and we are so excited that you will get to be a 1st grade leader and master everything that you need to master in 1st grade.”

Aurora Pacheco, who taught at Impact Puget Sound Elementary from the year it opened until 2021, said that delivering the news was “awful.” Pacheco didn’t agree with grade retention, but said the administration would attend holdback meetings to observe what she told parents.

“Oh, they were devastated — every parent,” Pacheco said. Some were angry. Many cried, she said — and so did she when it happened to her. Pacheco’s daughter, who attended Puget Sound Elementary, was recommended to be held back at the end of first grade.

“It’s so bad. It’s so messed up. It’s based off of the last test, not the whole year,” Pacheco said. Although state law requires that parents — not schools — decide whether a student repeats the grade, she said parents were often made to feel it was not optional.

Behind the scenes Pacheco said she counseled parents not to have their kids repeat the grade.

heila Hanson had hoped Puget Sound Elementary would be just the place for her two kids to thrive. At a parent-teacher conference in fall 2019, the teacher said her daughter was doing well in reading, but was behind in writing and math.

The teacher said that her daughter might have to repeat the grade the following fall, Hanson said.

“Why are you telling us this instead of giving us a plan of what is going to happen, and what we can do to make sure that she wouldn’t be retained?” she recalled asking the teacher.

Hanson, an experienced teacher, said the only time she had considered grade retention for a student was when that student had missed most of the school year due to medical issues.

“This is wrong, that you are retaining kids who are not performing at or above grade level based on your assessment,” Hanson said she told the assistant principal.

“I was so livid,” she recalled. “It just really brings up all this emotion now as I talk about it.” She unenrolled her children from the school.

When parent Gabriana Martinez-Garcia agreed to have her son repeat second grade in 2020, it was partly because she wanted him to avoid having the same experience she had in school. Would she, she wondered, have avoided getting pregnant her freshman year of high school if she had repeated eighth grade as the school had recommended?

Martinez-Garcia didn’t want to hold her son back. She didn’t think he had a hard time understanding the concepts in second grade — he just had a hard time concentrating on his work.

But her son’s teacher was convincing. She said he didn’t have the focus for third grade. So Martinez-Garcia agreed, partly to teach her son about consequences.

When Martinez-Garcia told her son he was going to do second grade all over again, he didn’t say much, but she could read the shame on his face.

“It's an embarrassing thing. It makes kids feel insecure, like, ‘Oh, I'm stupid. I'm not in my right class or with my right peers,’ you know?” Martinez-Garcia said.

Her son’s second year in second grade was frustrating, she said.

“He was repeating what he had already learned. So now he feels like he's a know-it-all and knows all the answers and really not applying himself,” Martinez-Garcia said.

Martinez-Garcia asked the school if she could put her son back in his proper grade.

“They said no, because I had already made my decision,” she said.

An educator friend told Martinez-Garcia that she had the right to move her son back to his previous grade assignment. When she asked the school again, her son was allowed to join third grade.

Martinez-Garcia wonders about the many parents at Impact who don’t have access to such advice — especially those who don’t speak much English.

Art Wheeler, the dad who was warned in 2019 that his kids may need to be held back, immediately pulled his two kids from the Tukwila charter school.

“It was heartbreaking to have to take them out from their friends,” Wheeler said. But he said he refused to let his kids repeat a grade.

“There’s so many families who felt comfortable, like they finally had a place that would really serve them,” Wheeler said. “But it was all a ruse.” 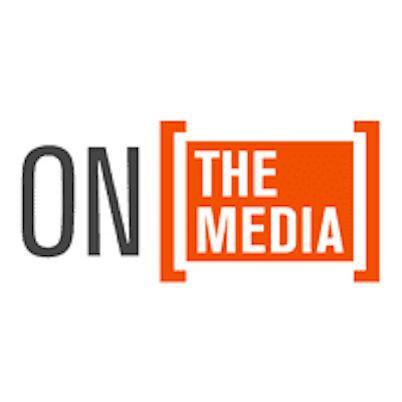