Is Seattle biased against Southerners?! After joining our queer dinner party, Jennifer Hegeman says yes and faces her own fears as a transgender woman.

Our guiding question for Queeriosity Club was the same as for our larger Curiosity Club experiment: Can great food and compelling storytelling transform a group of strangers into a community?

Below, Jenny reflects on what she learned from joining a group of mostly Southerners for our nerdy LGBTQ supper club.

No one likes to be "othered."

The most unexpected thing I learned at the recent Queeriosity Club dinner was that there is no quicker way to beat prejudice than by eating good food with individuals from a group you have “othered.”

Being considered different can be okay, but no one likes to be “othered” because of their difference. I sometimes avoid the label “transgender” because I am fearful that people might then see me as part of a larger group which they don’t like, rather than as an individual person they might enjoy meeting.

And, like most of us, I like to think of myself as a decent person who wouldn’t want to “other” anyone else. So, I was rather chagrined at our recent Queeriosity Club dinner when I found myself admitting to prejudice.

It all started with a 20-minute discussion with Dacia, the person seated to my right.

I had met Dacia the previous evening at the KUOW Jodie Patterson author event, where Dacia and I had a lively, amiable chat. Now at dinner, we picked up where we left off, having found much in common, including an enthusiasm for Eastern thought.

It was so much fun talking to Dacia that time just flew by, until my teacher-self had to butt in, reminding us that we should probably be discussing the radio stories, and not our favorite translation of the Tao te Ching.

My reaction was so Seattle.

Dacia told me the story that most resonated with her was Samantha Allen's Real Queer America interview from The Record, which explored opinions about the negative cultural attitudes held about “the South,” especially those affecting the queer community.

Dacia shared with me that she had moved to Seattle from Houston, and unexpectedly had felt the effects of prejudice against her, but not as a queer person—Seattle is too enlightened for that—but rather, as a “Southerner.” 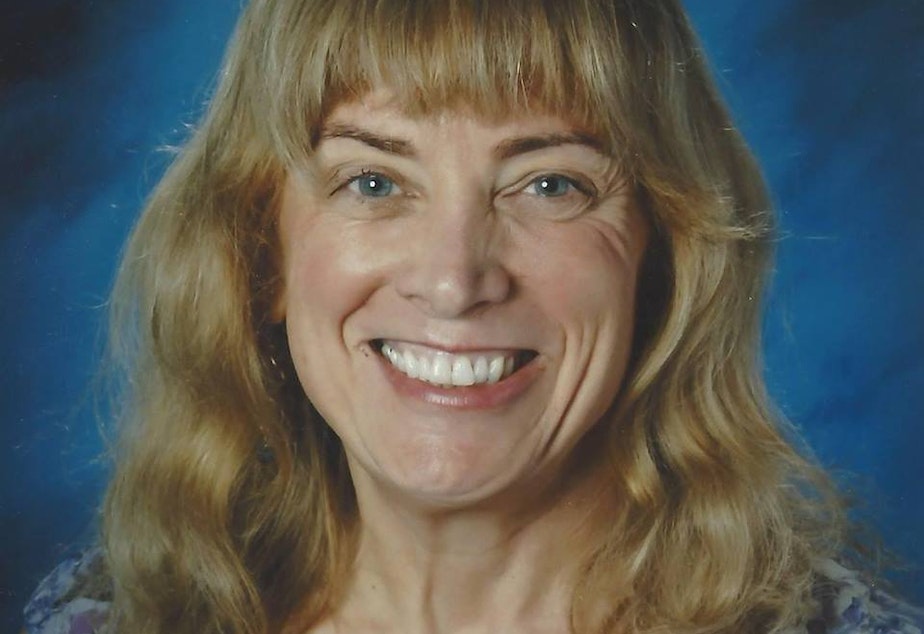 I sometimes avoid the label “transgender” because I am fearful that people might then see me as part of a larger group which they don’t like, rather than as an individual person they might enjoy meeting. Curiosity Club Member Jennifer Hegeman
Credit: Jennifer Hegeman

My reaction was so Seattle: I was surprised that Dacia was from Houston. I looked at her in disbelief and said, “You’re from Texas? But you’re so cool.”

Dacia went on to describe what Houston was like; it sounded less and less like what I thought I knew, and I soon realized that I was one of those blue state people in the feature. I was an icicle in the so-called “Seattle Freeze.”

When we turned back to the full table, and people shared what they had talked about in their one-on-ones, it turned out that Real Queer America was the most discussed; a lot of people at the table had moved to Washington from elsewhere, many fairly recently. And, as it turned out, half the people had come from “the South.”

To me, it felt like our Queeriosity Club dinner had morphed into a KUOW “Ask a Southerner” event.

Meeting and getting to know Dacia had forced me to separate my cartoonish, media-generated idea of what Texas was from the reality of the intriguing individual beside me.

And with each new person around the table who acknowledged being from the South, sharing amazing things about themselves and the places they were from, the wall of negative bias crumbled more and more, letting in more and more light and understanding.

Whenever we find prejudice, we will find fear.

Dacia shared our conversation about the Seattle Freeze with the group, and she said, “Jenny is one of those people.” I expressed embarrassment, but at the same time, inwardly, I was feeling relief.

Listening to these amazing individuals from “the South,” I came to realize that the basis of my “othering” had been fear. I had made “the South” into a monolith that posed an existential threat to me as a transgender person.

Like many in Seattle, I had become self-assured about our enlightened blue state ethos. But, there’s a danger in such self-congratulation. As the host of the Real Queer America interview said, “I’m never so unaware of my own blind spots than when I’m assured of my own virtue.” By listening, I had learned.

I experienced a genuine catharsis: my frozen stereotypes had melted away, and with them my fear.

Whenever we find prejudice, we will find fear. And if we wish to grow, we must move towards that fear inside ourselves and bring its true causes to light, and deal with them.

Our competitive and often intolerant society encourages us to define ourselves by “othering,” an impulse we must resist. The way forward always comes back to being with each person as a unique individual in that moment, authentically and without reservation: Listen, Learn, Love. Be an ice-breaker.

Thanks so much to The Cloud Room for the magical meeting space, and thanks to The Flying Apron for the incredible vegan food. As always, thanks and love to KUOW and Kristin Leong for having the vision to bring this community together.

Jennifer Hegeman is a dog owner and Navy veteran. She works as a teacher-librarian at a suburban public high school, where she has taught for 29 years. However, for the first 23 of those years Ms. Hegeman was Mr. Hegeman. In 2014, Jenny transitioned from male to female. Today, Jenny identifies as a transsexual female. She describes her transition as “an arduous yet magical journey causing a complete metamorphosis of Self.” Jenny is especially curious about the unknown unknown; she loves researching, conversational digressions, and inqueery based learning.

Thank you to The Cloud Room, our KUOW Curiosity Club partner. The Cloud Room is a stylish co-working community and bar that’s enriched by the people who occupy it.