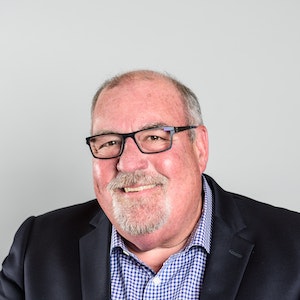 Randy Hodgins is the University of Washington’s (UW) Vice President for External Affairs. In this capacity, he oversees campus units responsible for influencing public policy and opinion and strengthening the university’s reputation and the perceptions people hold of it. This includes government relations at the federal, state, regional and Spokane/eastern Washington levels and the University’s video production unit, UW Video. He also serves as a campus representative to the business and military communities and as a senior advisor to the President and Provost. Randy previously served as the UW’s Director of State Relations, advancing the UW’s academic and legislative agenda in Olympia.

Prior to his UW appointment in 2004, Randy worked on the staff of the Washington State Senate Ways and Means Committee from 1988 to 2004, serving as staff director for the last eight years of his tenure. He began his professional career in 1983 as a fiscal program analyst with the California State Legislature.

A graduate of the UW with a master’s degree in public administration (1983) and a bachelor’s degree in general studies (1979), Randy serves as a member of the Board of Directors for the Seattle Metropolitan Chamber of Commerce, the 5th Avenue Theatre, Washington State Employees Credit Union (WSECU), KUOW.org and the Economic Development Council of Seattle and King County. He is also the co-author of two books on Northwest popular culture, “Seattle on Film” and “Wet and Wired: A Pop Culture Encyclopedia of the Pacific Northwest.” Randy and his wife Tina live in Seattle and are the parents of three children, two sons and a daughter.