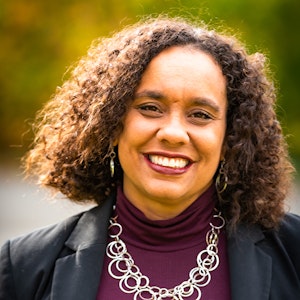 Raina Wagner is a construction lawyer and civil litigator in the Complex Commercial Disputes practice group at K&L Gates LLP in Seattle. Prior to joining the KUOW board of directors, Raina was President of the Loren Miller Bar Association (Washington State’s black bar association) 2019–20, and served in the board leadership of LMBA for seven years. After rolling off the LMBA executive board in 2021, Raina joined the Washington State Bar Associate DEI Council, which supports and advocates for D&I and Minority Bar Association issues to the WSBA Board of Governors and Washington Supreme Court. Raina recently became the co-chair of the DEI Council.

She also has taught as an adjunct professor at Seattle University School of Law. Raina’s roots go back to Arizona (go KJZZ!), where she graduated from the University of Arizona James E. Rogers College of Law in 2012. Prior to attending law school, Raina had a career as a journalist at the Arizona Daily Star and The Seattle Times — and she will always be a proud news junkie. She lives in Seattle’s Magnolia neighborhood with her family.