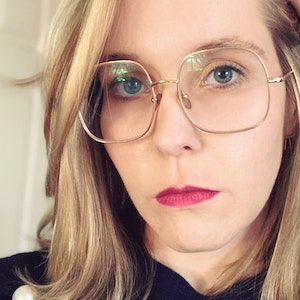 Katie is the senior producer of KUOW's Morning Edition. She works with local host Angela King to bring listeners stories from around the world, nation and our region. Given her political reporting background, she is passionate about holding local and regional leaders accountable. Listeners can get weekly updates on our Friday Politics segment.

Katie previously served listeners in Phoenix at member-station KJZZ. As an Arizona Capitol reporter, she reported on a statewide teacher strike and investigated two Arizona state representatives who, ultimately, departed the state House amid scandal. She also covered numerous elections, from rural county races to U.S. Senate contests and Arizona's role as a key battleground state in 2020. Katie's reporting was featured on an award-winning political podcast, which she launched and hosted for the Arizona Capitol Times.

She is a graduate of the University of Florida College of Journalism, an avid hiker and an auntie/hide-and-seek expert.