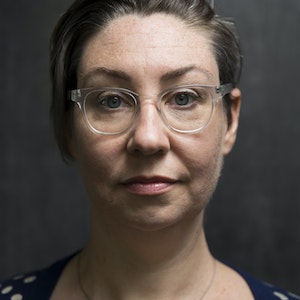 Jeannie Yandel has always been a sucker for a good story. And she had an epiphany one morning listening to Morning Edition – the consistently best stories out there were coming from NPR.

So in 2001, she started as an intern here at KUOW, working for Weekday. Since then, Jeannie's produced nearly every show out of KUOW, including The Conversation and The Record.

She's won awards for her reporting and her interviewing.

Now she makes new shows as an editor with KUOW's podcast team, and she co-hosts the podcast Battle Tactics For Your Sexist Workplace.