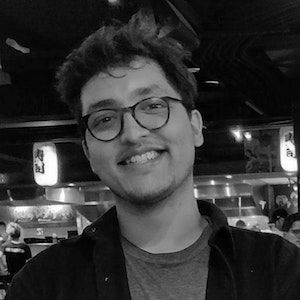 Gustavo covers the intersection of race and identity for KUOW, writing stories that center voices often not catered to in typical news. Previously he was at KUNR in Reno as a Bilingual Reporting Fellow focusing on Indigenous and Latine communities where he's covered topics about MMIWP, voting access, language justice, food sovereignty, food apartheid, indigenous boarding schools and the effects wage disparities for Latinos, to name a few topics. He's most interested in covering how communities effect the levers of power they hold, to effect change.

Before finding his way into journalism he spent nearly a decade in the restaurant industry, from busboy at a buffet, to a line cook in nationally and internationally known establishments. Now all the cooking he cares about is making the perfect pot of beans and grits. Always on the hunt for a solid place of hashbrowns, or a solid bowl of menudo, let him know if you have a spot to recommend.