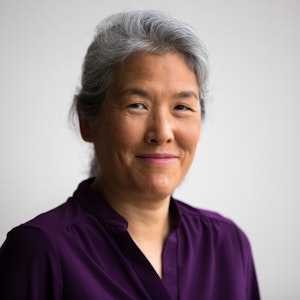 Deborah is a contributing reporter, editor and host at KUOW. Since joining the staff in 2005, Deborah has done everything from political reporting to podcast hosting and she has served as interim news director. She is an award–winning radio and television journalist whose career spans more than three decades.

Deborah's first reporting job was at public radio station WFCR in Amherst, Massachusetts. In 1990, she went to work for National Public Radio and served as NPR's Asia correspondent based in Hong Kong. During that time, she covered the Persian Gulf War from Saudi Arabia and Kuwait, and then spent months in southeastern Turkey and northern Iraq filing stories on the war's aftermath.

In 1993, she joined ABC News as a television correspondent in Beijing and Hong Kong, and covered, among other things, Hong Kong's handover from British to Chinese rule. In 1999, she set up the network's first news bureau in Seattle.

Deborah has also worked as an on–air anchor for CNN International, as host of IN Close on KCTS9 Public Television in Seattle. She is a long-time host on the TEDxSeattle stage.

In recent years, Deborah's reporting has focused on adolescents and mental health. She was the recipient of a 2018-2019 Rosalynn Carter Mental Health Journalism Fellowship.

Deborah has won numerous awards for her reporting, including the Alfred I. DuPont Silver Baton, the Overseas Press Club's Lowell Thomas Award and a Gracie Award from the Alliance for Women in Media Foundation.

To see more of Deborah's past KUOW work, visit our archive site.