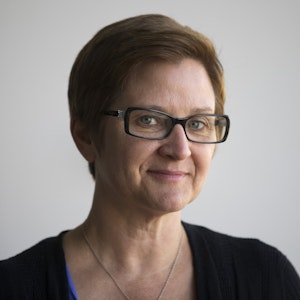 Carolyn Adolph covers Seattle’s economy and its major companies, including Amazon, Microsoft and Boeing. As co-host of KUOW’s podcast, Primed, she also covers the cultural impact of technological change.

Primed was honored in spring 2018 by SABEW, the society of business writers. Carolyn is also a winner of Canada’s National Newspaper Award. Before coming to KUOW, Carolyn was a reporter at the Canadian Broadcasting Corporation, The Toronto Star, and the Montreal Gazette.