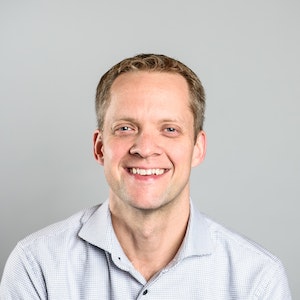 Andy McGovern is a Partner Program Manager at Microsoft. He received a BA in Computer Science and Spanish from DePauw University, and an MS in Computer Science from the University of Illinois at Champaign-Urbana. Andy has been with Microsoft for thirteen years, and he works on conversational AI with an acquired startup called Semantic Machines. He helps coordinate Microsoft’s annual Giving Campaign each October, which helps employees give time and money to 17,000 501c3 nonprofits each year. Each year he also organizes a group of Microsoft employees and medical professionals who do a week of medical service in Ecuador. Andy is a subscriber and regular listener of many news, political, and other podcasts, including the fantastic ones produced by KUOW. These podcasts make Andy look forward to his domestic chores like cleaning the kitchen. Andy lives in Kirkland with his wife Jill, their four-year-old daughter, and their one-year-old son.