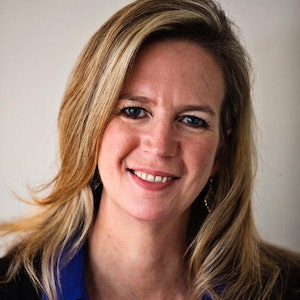 Jennifer is KUOW’s Chief Content Officer and supervises all content creation and community engagement teams at the station. She is a 25-year veteran of the media industry with experience in television and radio news, long-form documentary and series production and digital strategy. She is an Emmy award-winning executive producer who has worked in commercial and public media organizations, large and small.

Prior to KUOW Jennifer served as acting vice president at KQED, San Francisco, and consulted for a variety of public media clients including the Corporation for Public Broadcasting, NPR and Greater Public. In her pre-consulting years she held a variety of leadership positions in several public and commercial broadcast stations in Colorado, Nebraska and Washington. As a native Coloradoan, she now thinks of Washington as home and has nearly 15 years of rain endurance to prove it.