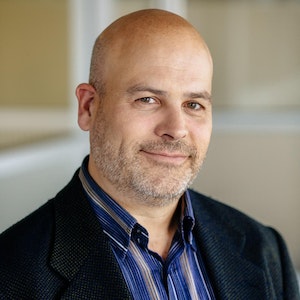 Guy has held many positions at KUOW, including news director, reporter, editor and host of several programs. He has degrees from the University of Wisconsin and Evergreen State College. Guy edited two stories for KUOW that won national awards; one from the Public Radio News Directors, Inc. for best documentary and one from the Radio and TV News Directors Association for best series. He’s been a journalism fellow at the Poynter Institute in Florida, RTNDA's RIAS program in Berlin (twice), Stanley Foundation/Reuters Workshop in Beijing, China, and the East–West Center Journalists Exchange in Japan.