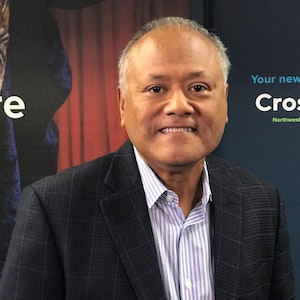 Enrique Cerna is a veteran journalist who has worked in Seattle media for 47 years. Cerna worked for 23 years at Cascade Public Media’s KCTS 9 and retired in February 2018 from his role as senior correspondent. Prior to joining KCTS in 1995, he worked as a reporter, producer and host for KOMO Radio and Television and KING Television.

At KCTS 9, Cerna produced and hosted award-winning current affairs programs and documentaries. He reported stories for national PBS programs, provided election analysis for the PBS NewsHour, moderated U.S. Senate, Congressional, Gubernatorial, and Mayoral debates. In addition, he produced and reported documentaries covering critical social justice issues, the environment, and immigration. In addition, he documented the history and contributions of Latinos in Washington State.

Cerna has earned ten Northwest regional Emmy awards. In May, he was inducted into the Hall of Achievement at Washington State University’s Edward R. Murrow College of Communication. He also serves on the WSU Board of Regents.